Multiple selection of a subset of elements

If you want to be able to select or clearly identify several elements with the same class, and edit their CSS style.

Technical issues on the page

Sometimes, there can be bugs on the A/B tested page, such as two elements sharing a same HTML ID. Normally, every HTML element on a page must have a unique ID (not shared with another element on the same page). If that’s not the  case, Kameleoon cannot implement certain changes, such as switching elements.

Let’s take an example: you want to integrate a menu front of another, i.e. you need to re-position it. The two menus have a different look, but the same HTML ID. Kameleoon proceeds as follows:

Let’s say that you want to change the color of all your h4 links. No need for a CSS selector, this can be easily implemented using Kameleoon’s tag selection tool.

However, if your A/B test runs on several pages, this will probably change all h4 links on your website. To avoid this problem, you have to create a new CSS selector allowing you to precisely identify the area of h4 links to change.

Detecting an ID and a CSS class

With CSS, elements of an HTML page can have several attributes. You need to identify 3 of them to benefit from all features Kameleoon’s CSS selectors pffer:

We have listed the main CSS selectors which help you fine-tube your selection of elements on your HTML pages. You can also combine several selectors.

For more examples of CSS selector, use the W3Schools guide: CSS Selector Reference.

Creating a selector with Kameleoon

Via the graphic editor

Let’s say we want to select all  blue titles on this menu. In this case, we select all the h4 elements, but only this page, not on the whole website.

located in the header on the left, click on “General setup” then on “Display”. Check “Hierarchy Panel”.

A box will appear on the bottom left of your page. It enables you to determine the path of the selected element.

Here, the parent element is #main-content.

Select one of the h4 links, then select the CSS selector thanks to the “Selection” menu in the toolbar, as shown below. 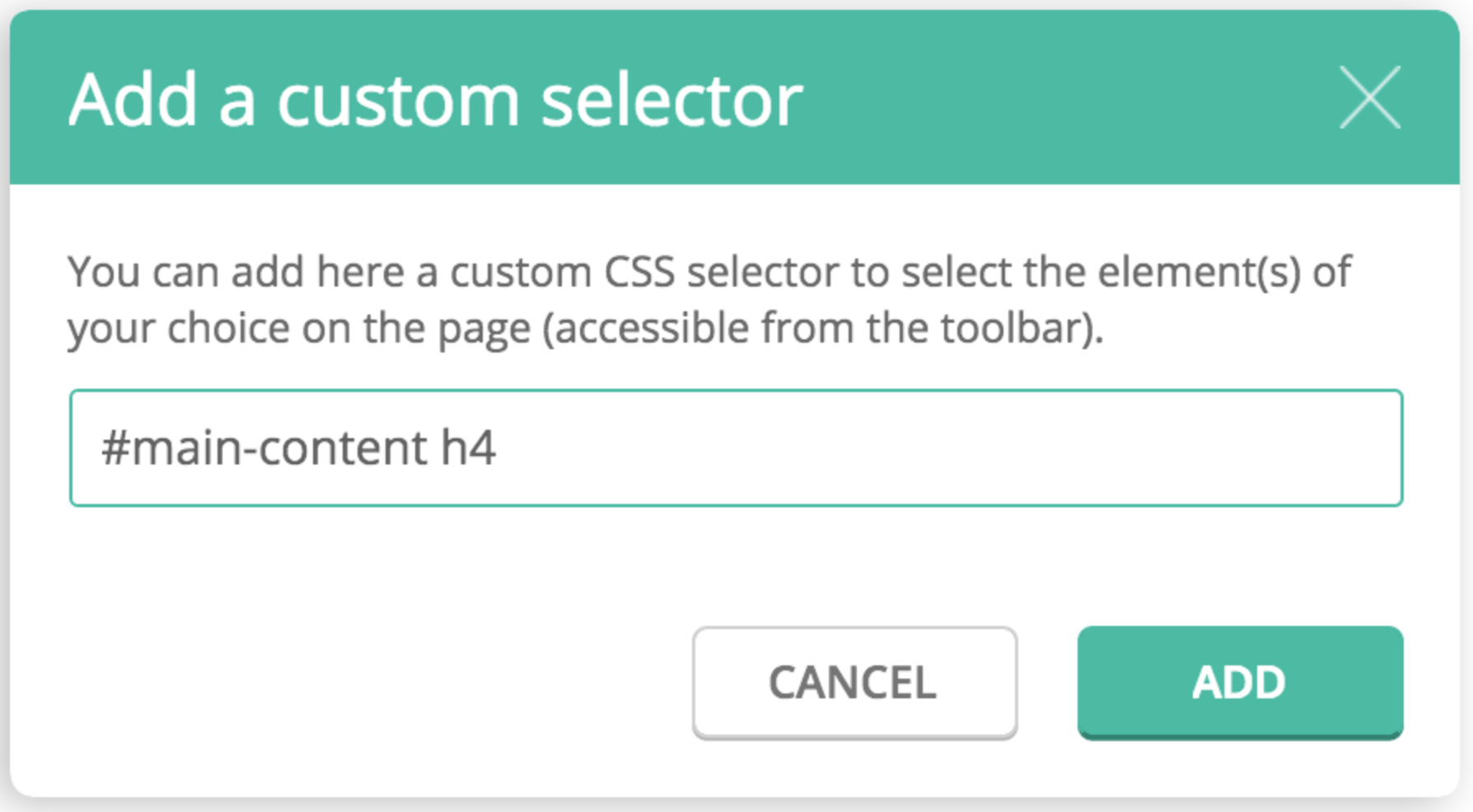 This will select all h4 links included in #main-content

Once you have created your CSS selector, you will be able to select it in the “CUSTOM” section.

You can now change the color, the font, etc. Your changes are implemented on all selected elements.

Characteristics of the Kameleoon selector

To check which CSS selector is used , check the “View hierarchy panel” in the settings menu.

The hierarchy panel appears on the bottom left of your webpage.

In the example above, the path #main-content indicates the CSS path of the selected element.

When you click on the “Selection” button of the toolbar, you have access to multiple advanced selection features: 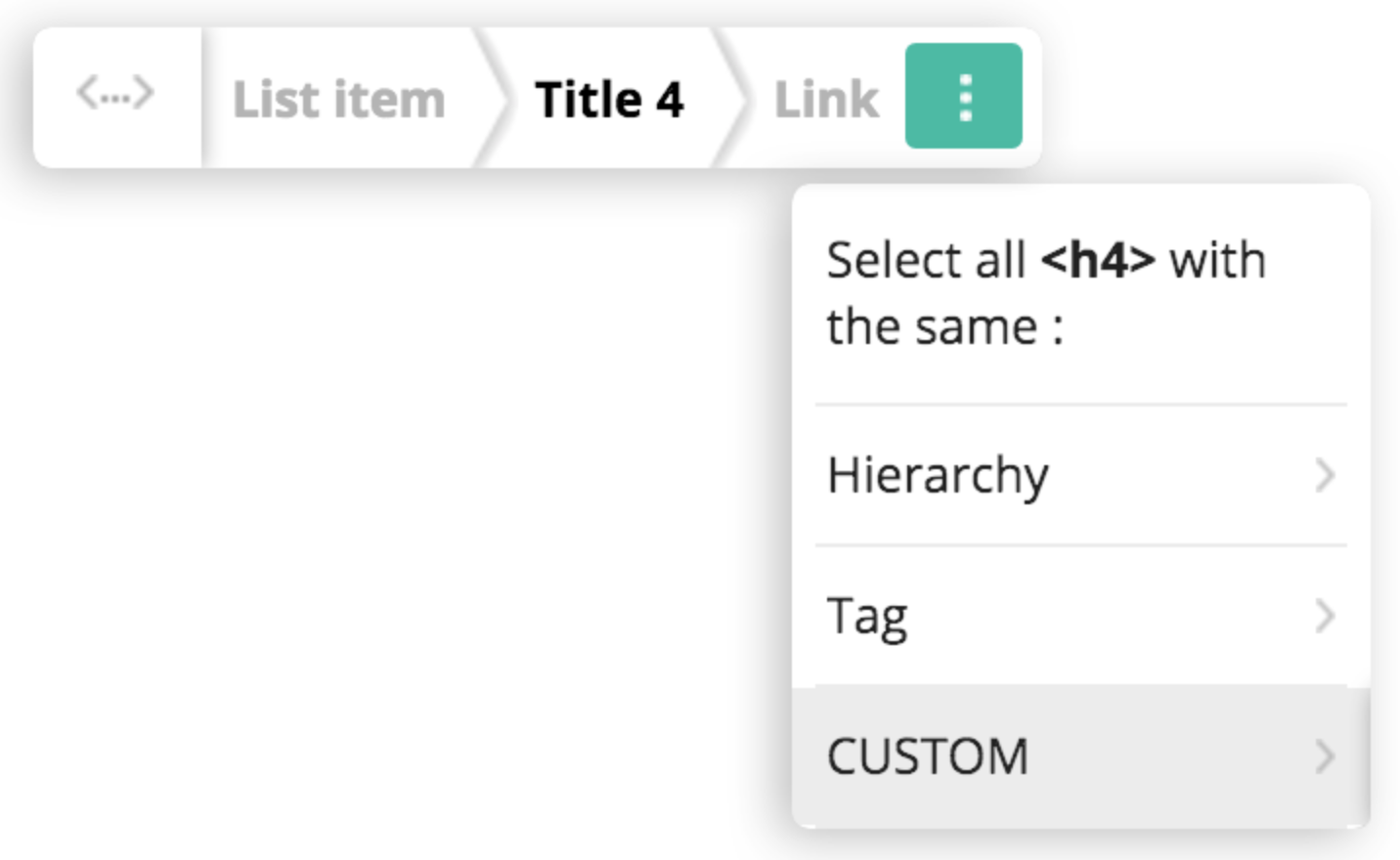